By society’s standards, he wasn’t very significant. He wasn’t famous; he wasn’t a political figure; he wasn’t a scholar. In fact, he never graduated from college. He didn’t have a lot of material possessions. He worked as a cook and server in the restaurant industry

In other words, this young man was just another ordinary person. 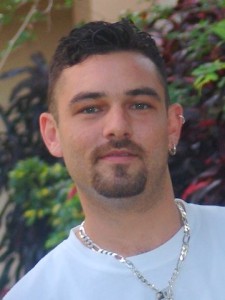 What he had that made him an amazing human being was a devotion to his two beautiful daughters whom adored him very much, a love for life and all the adventures it brought, and parents and family who loved and respected him as he did them.

To his friends, he was a good-natured man you could count on, not only for help if it was within his power to do so, but also for a smile, a hug, and an attentive ear when they needed to vent or discuss whatever.

This young man died while in the care of highly trained, critical care personnel at a level III Trauma Center. Eighteen days after his devastating accident, his heart and lungs stopped working. At 27, there was nothing wrong with either organ. So why did this happen?

Now, here was the second tragedy, and the reason I wrote this book. Although the case for negligence seemed apparent to three different teams of lawyers, in the final analysis, we were told a little know healthcare law made it not “economically feasible” to pursue litigation. To me, that meant the lawyers found it wasn’t worth financially pursuing justice for this young man.

A young man pays the ultimate price when the Health Care and Justice systems fail. 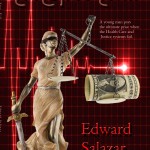 A Free Kill Book Back Cover

"A gut wrenching story of the seemingly senseless death of a young vibrant man at the hands of a healthcare system so technically advanced it's healthcare professionals have forgotten the basics of patient assessment and a legal system so heartless it has forgotten the value of life. An easy, must read for anyone who needs to be reminded of the need to question your healthcare and understand the complexity of our legal system in order to protect yourself and your loved ones." - MG